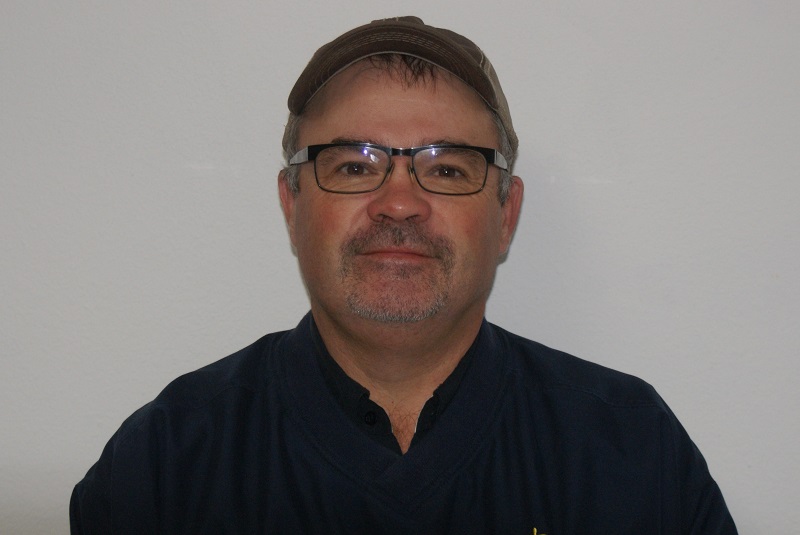 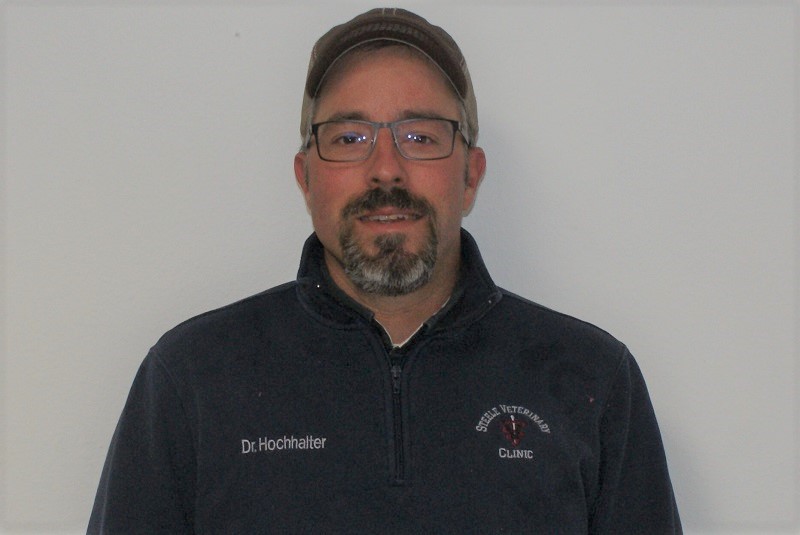 Dr. Hochhalter grew up on a ranch in south-central North Dakota, where from an early age he developed an interest in animal agriculture. He was involved in the family farming operation including beef cattle, sheep, pigs, and horses.

He attended NDSU where he graduated with a degree in Animal and Range science in 2003 and went on to attain his DVM at the University of Minnesota in 2008. Since graduation, he has been part of the team at Steele Veterinary Clinic.

Dr. Hochhalter and his wife Melissa have two children, Maggie and Harrison. Their family has two dogs Mildred and Bernice, and a cat Mabel. Dr. Hochhalter also enjoys helping out when he can on the ranch back in Ashley, spending time with family and friends, fishing, and just spending time outdoors. 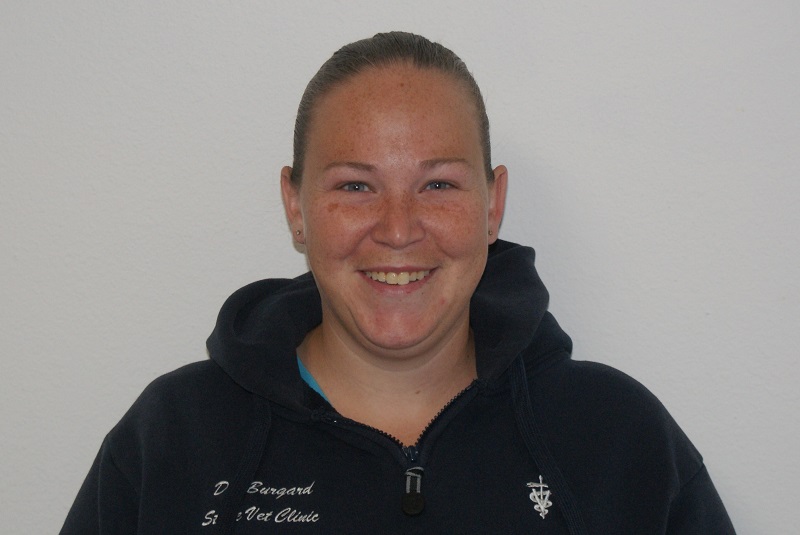 Christina moved to Steele in June of 2013 after graduating from Kansas State College of Veterinary Medicine. Dr. Burgard and her husband Jarrid welcomed their first child, Kaiden, in November of 2018. Christina and her family also share their farm with Kali the chocolate lab, 2horses, registered Charolais and British White Cattle. In her free time, Christina enjoys spending time with family, hunting, and working with cattle on the family farm. 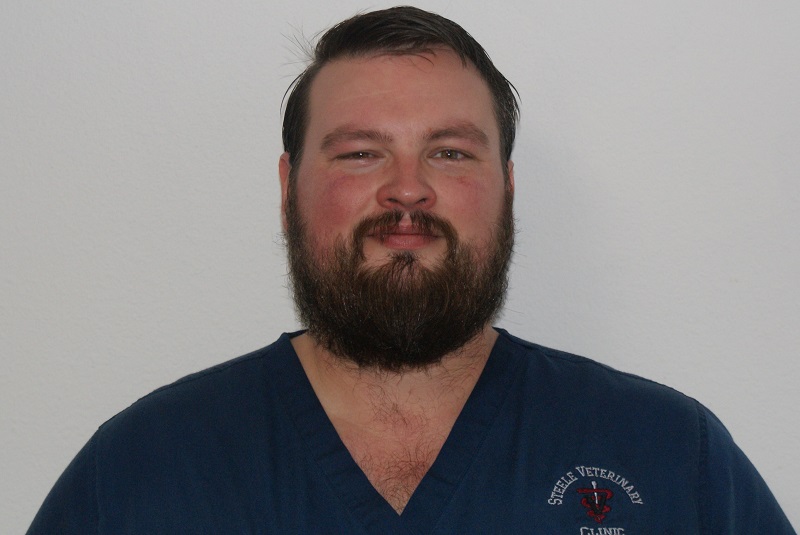 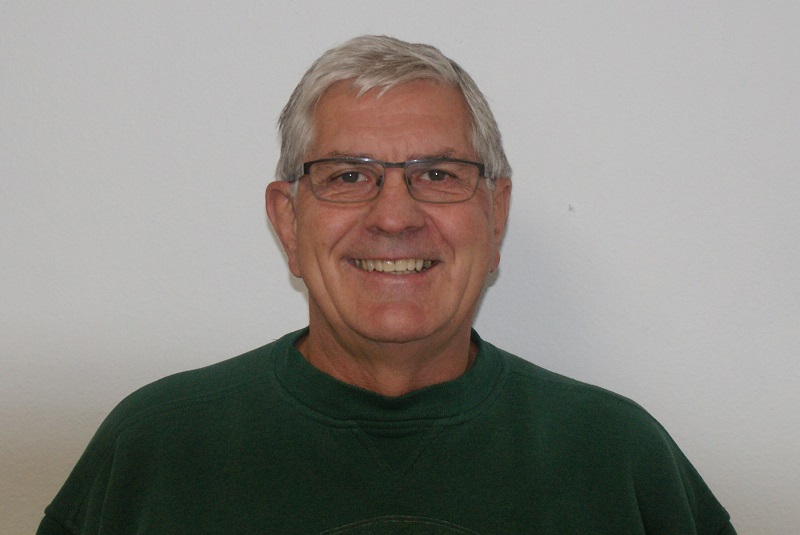 Dr. Scherbenske graduated from Iowa State University in 1980. He has been with Steele Veterinary clinic since that time. Since his retirement in 2016, Dr. Scherbenske has taken on a part-time role, working a couple of days a week during the busy seasons in the fall and spring of the year.

Dr. Scherbenske served for 16 years as the North Dakota delegate to the AVMA. He is also a past president of the NDVMA, and in 2005 was awarded NDVMA “Veterinary of the Year”. His goal has always been to serve others. 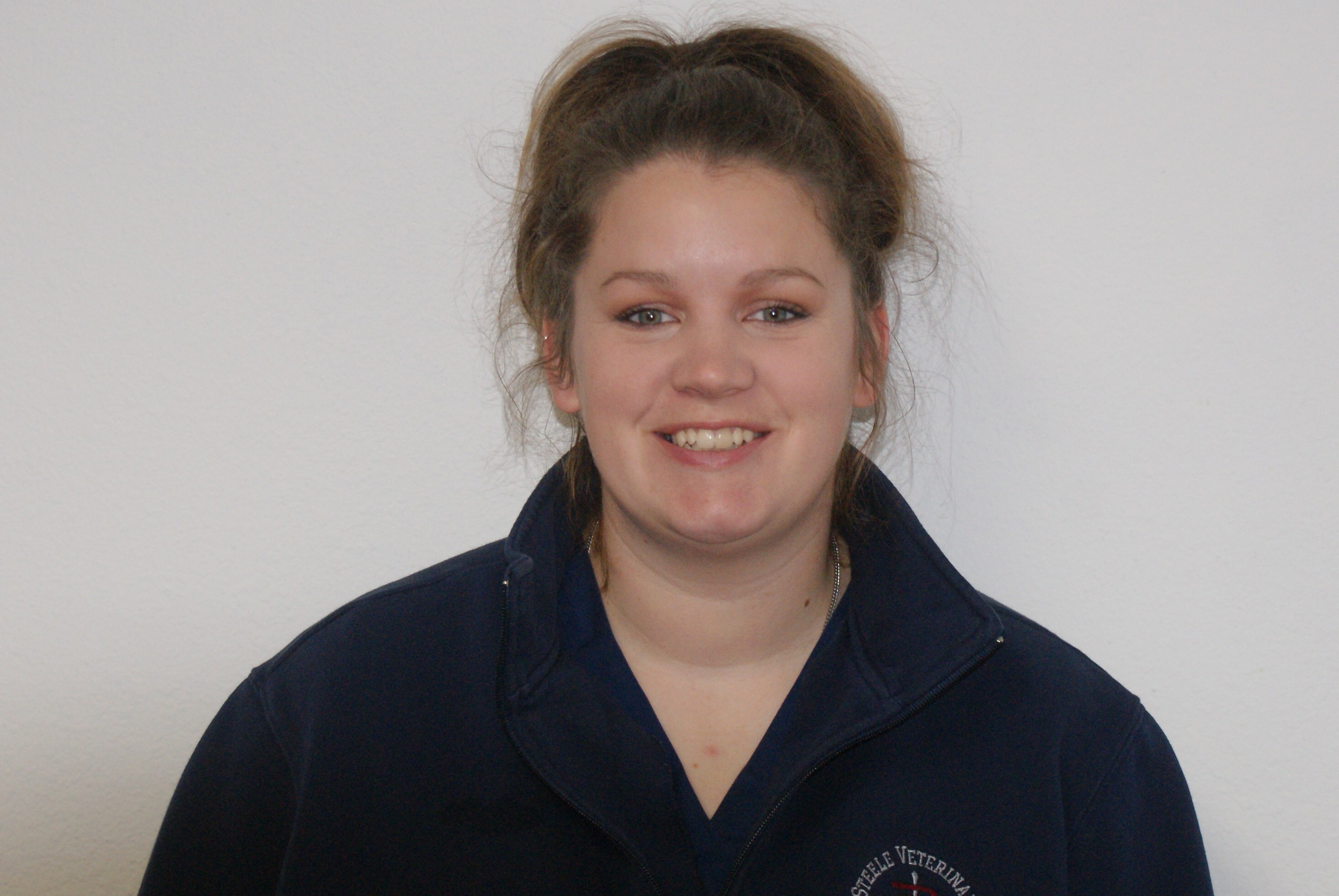 Juliann was raised on the family farm/ranch in Rosholt, SD with 3 brothers and 2 sisters. She graduated from high school in 2009. She went on to obtain a degree in Veterinary Technology from NDSU in 2014, with minors in Equine Studies and Large Animal Science. After graduation, she joined the team at Steele Veterinary Clinic.
In the fall of 2014 she met the love of her life, Zach Leier. They were married February 20, 2016. In December 2016, they were blessed with twin girls, Addison and Mikayla. In June 2018 they were blessed again with another daughter, Ellie. She and Zach currently live on Zach’s grandparents old farm, where they farm and ranch with Zach’s parents Pat and Val, and his brother Jordan.

Now it's easy to order individual doses of popular items and have them shipped each month directly to your home.